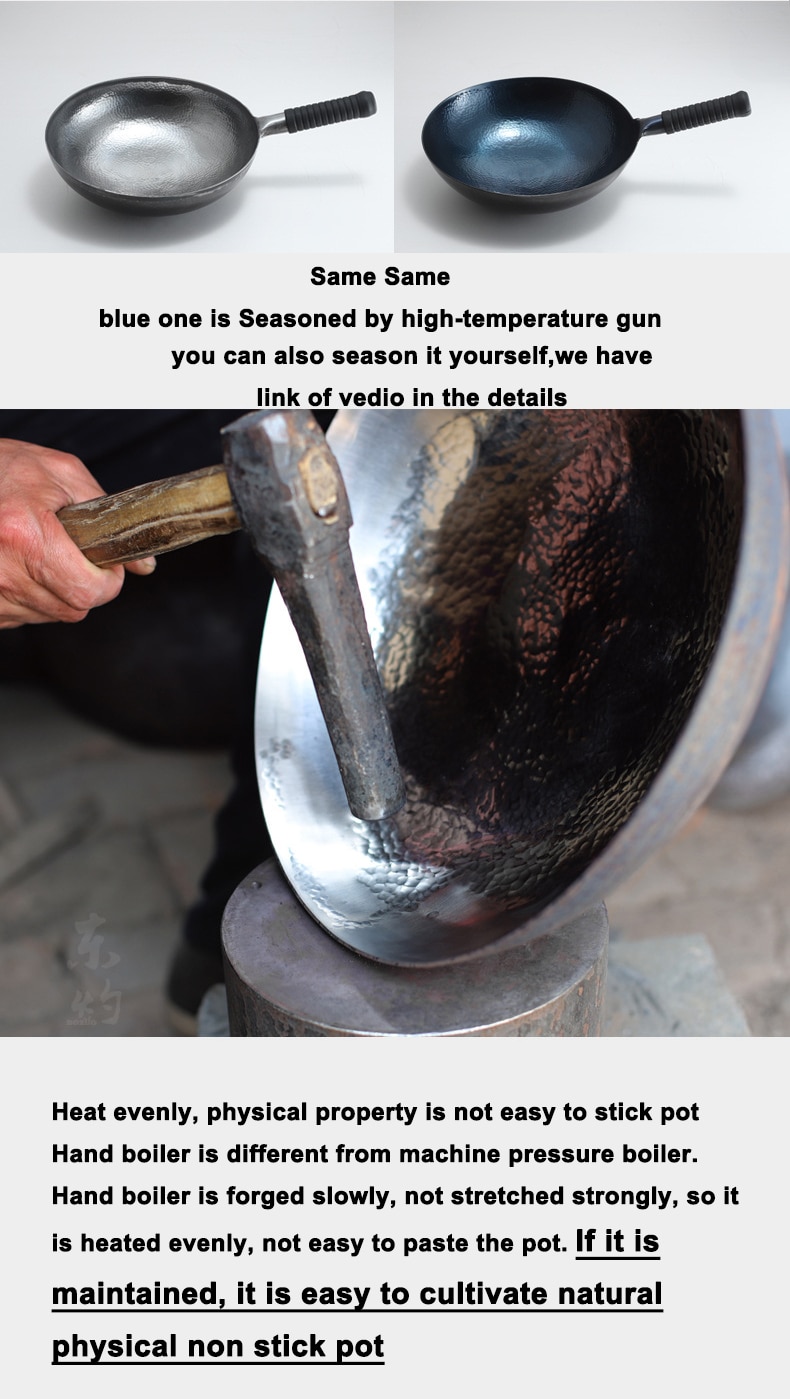 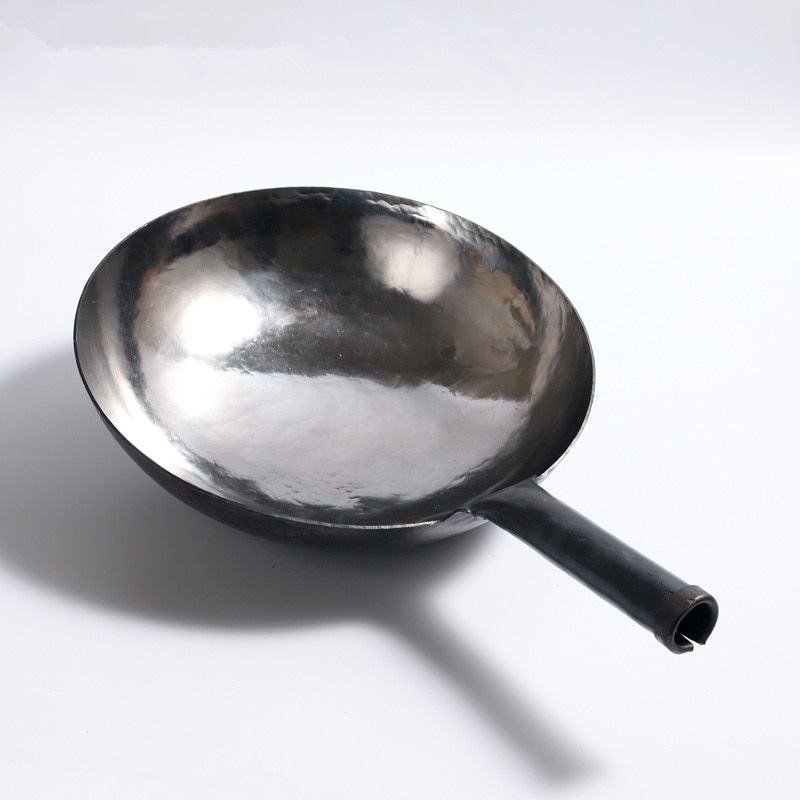 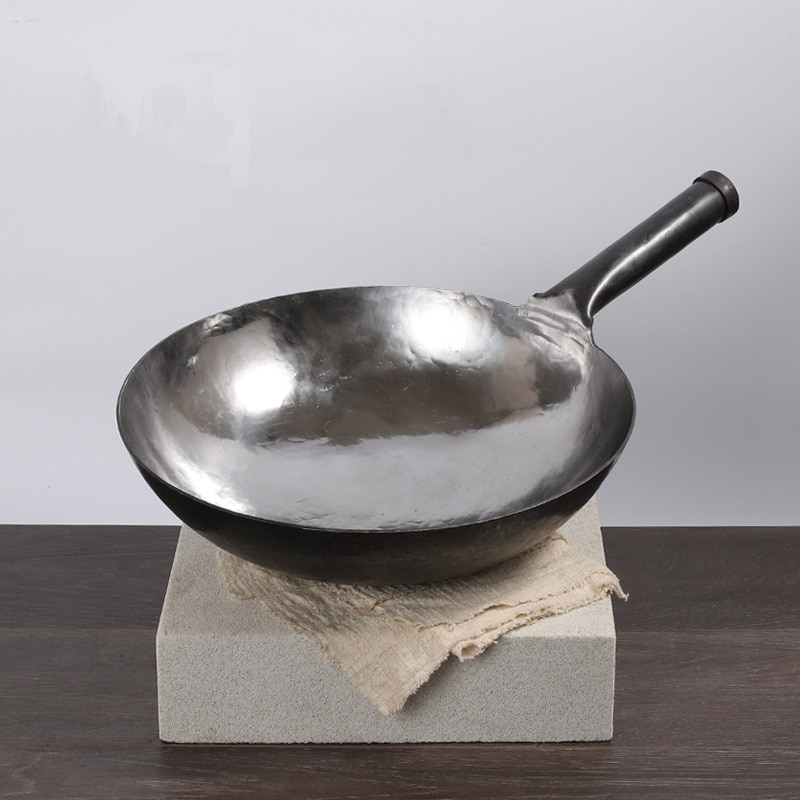 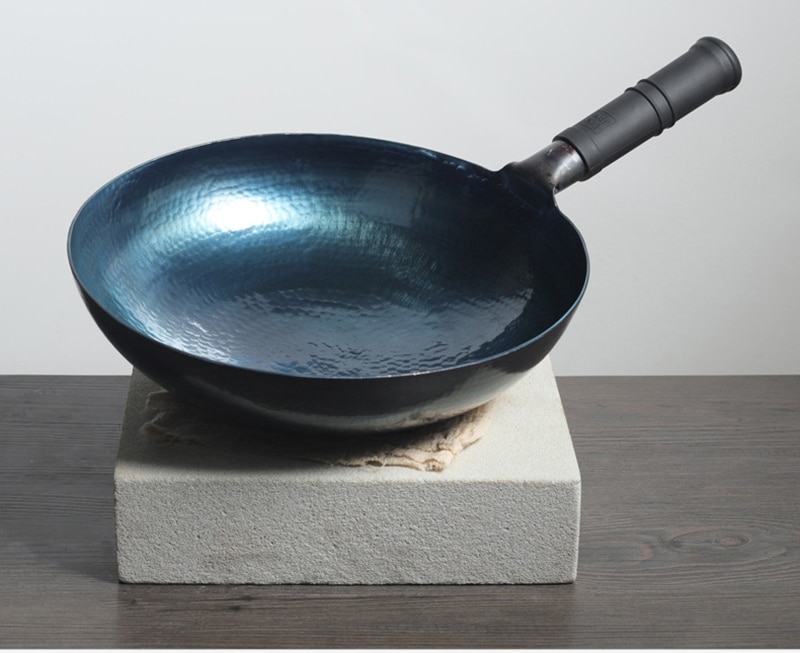 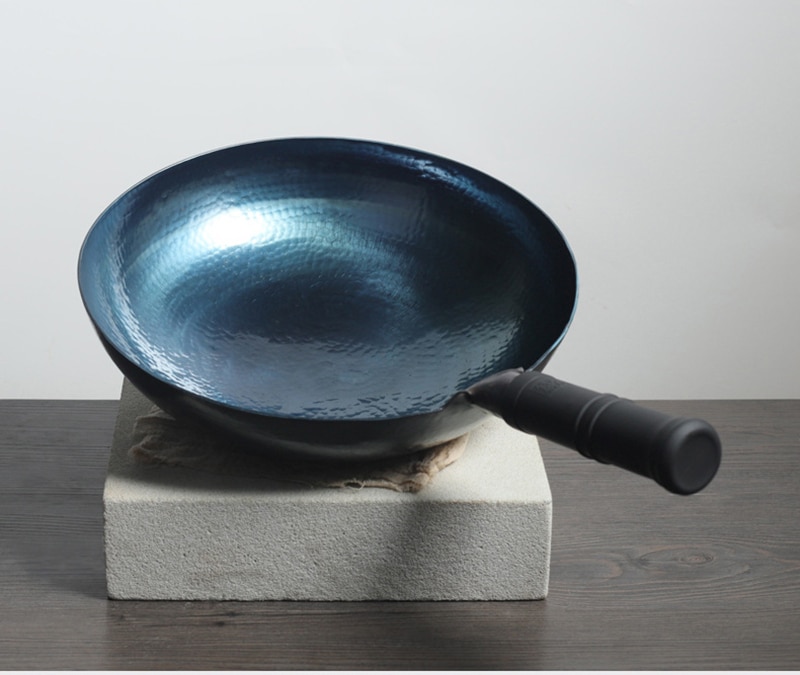 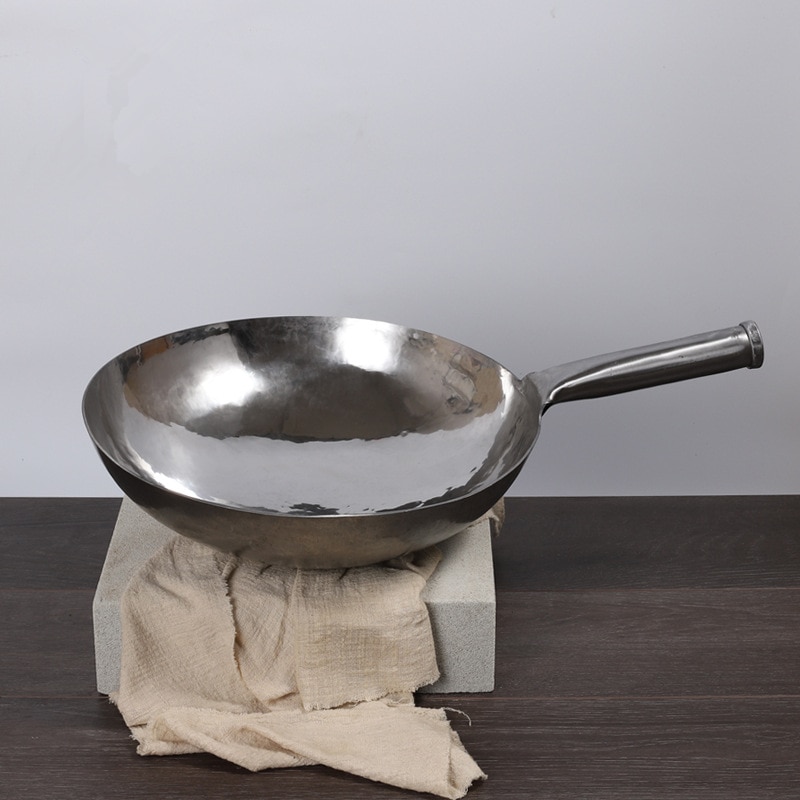 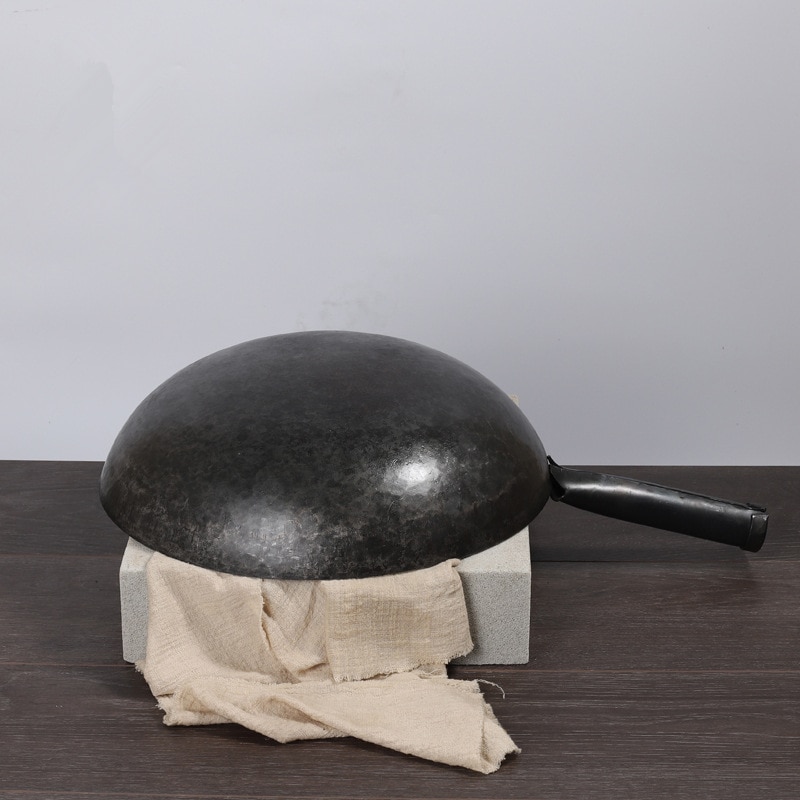 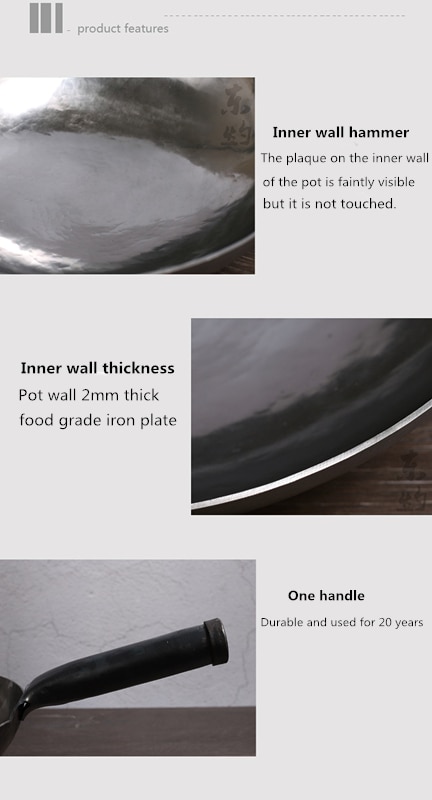 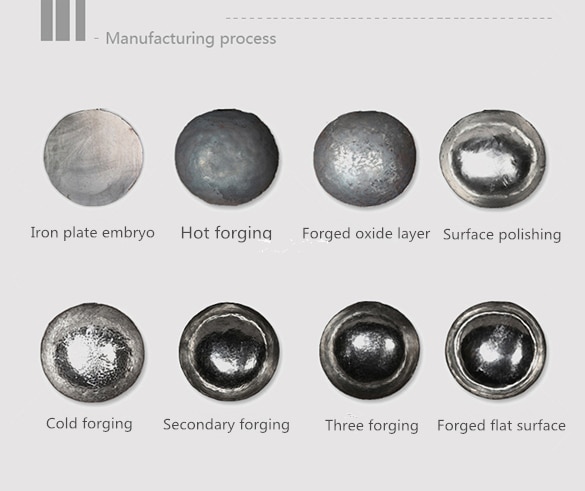 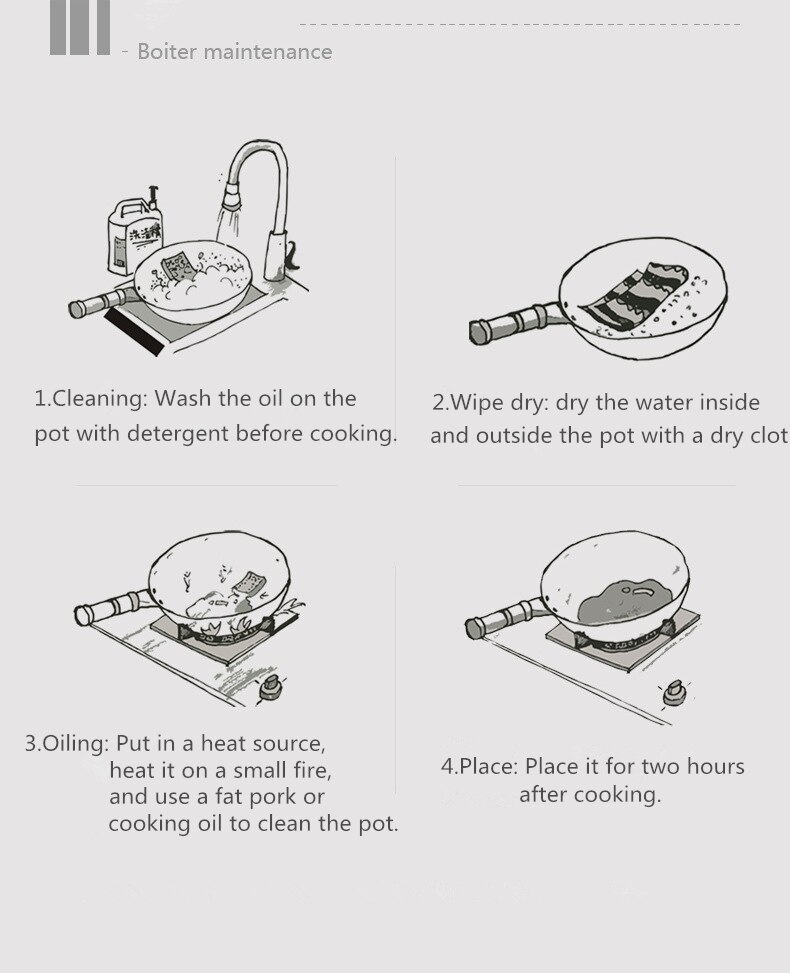 Iron pan is a traditional cooking tool. Nowadays, non-stick pans are popular today. Iron pan still relies on its unique advantages to occupy a considerable market. Especially in the back kitchen of restaurants, one-bite iron pan is “standard.” . Iron pans look rougher than non-stick pans. In fact, they are more “exquisite” to use than non-stick pans. A good iron pan can be used properly and well maintained. To the extent that the iron pans that have been used in restaurants for many years are all “babies” (Perfect Wok)for cooking.
Why does the iron pan not stick after long time use
In addition to the use of the iron pan, the constant friction of the shovel, spoon, etc. will make the iron pan become smoother and smoother. More importantly, during the high temperature reaction of the oil, some small molecules that are easily volatile become soot. Some molecules form macromolecule through addition polymerization, dehydration condensation and other high polymerization reactions to form macromolecules tightly attached to the iron pan to form a black oxide film. The longer it takes, the darker and smoother the iron pan will be.

This is the same as the principle of a non-stick pan, which is equivalent to using the properties of grease to “plate” the iron pan with a non-stick layer, but the advantage over the non-stick pan coating is that this layer of iron pan is non-stick. The layer can repair itself, the thicker you use it.
What are the advantages of iron pan and non-stick pan
Features of non-stick pans: Non-stick pans can be said to be the fastest growing kitchenware, from ceramic coated non-stick pans in the 60s and 70s to the current Teflon, high temperature paint, non-coating, medical stone, etc. The technology, non-stick pans have become more and more advanced and easy to use. Good quality non-stick pans have reached the point where they do not stick to almost anything. They do not stick to water or oil, and do not need to wash the pan after cooking.
Non-stick and light weight are the biggest advantages of non-stick pans, but the shortcomings are also obvious. For example, you can’t use a shovel in general, and the temperature rises slowly, which are all shortcomings such as pans and short service life.
The characteristics of iron pans: iron pans are not without development. From the beginning of wrought iron pans with a carbon content of less than 0.02%, to cast iron pans, sandwich iron pans, alloy pans, etc., with a carbon content of more than 2%, the performance of iron pans is also constantly improving. The disadvantage of lifting is that it is easy to stick to the pot and is heavy. But the advantages are also obvious, such as not picking a spatula, pot washing tools, fast heating, round-bottom cooking, fuel-efficient, long life, etc.
Why do you need to season the wok
If you buy an iron pan, you must season it. When you buy a new pan, it is easy to fry the vegetables and stick to the pan. It also affects the service life of the iron pan. More importantly, the iron pan is generally made by pressing. There will be mechanical oil and impurities attached to it, and it will affect your health if you accidentally eat it after heating at high temperature.

Steps of Season wok
1. Thoroughly clean the iron pan, place the iron pan under the faucet, put in some cleaning liquid, and carefully scrub the inside and out with a hard brush or loofah, mainly to remove impurities and some mechanical oil.
2. Flame is needed to season the pot. The induction cooker cannot season the pot. Turn on the season flame of the gas stove and burn the bottom first for about 3 minutes. The gas stove at home generally does not burn the pot, and there is no need to cook the pot like a restaurant. When it burns red, four or five hundred degrees is enough to burn out the impurities.
3. Turn the pot around to burn it to every position. Be careful not to burn your hands.
4. Put it under the faucet again to rinse, and clean the inside and outside with a clean cloth.
5. Put the iron pot on the fire again and boil it dry, turn on a small fire, take a piece of fat, grease each part of the pot, and burn until it smokes.
6. Rinse the pot under the faucet again, and wipe it clean with a soft cloth. Don’t use steel wool or the like at this time, so as not to waste all previous efforts.
7. Boil the water in the pot and heat it on medium heat. If there is a lid, cover the new lid and heat it up to remove the peculiar smell on the lid.
8. While the pot is hot, wipe the body of the pot again with pork fat at last, or wipe every part of it. This time you can wipe a little bit more, and wipe it like “soap” constantly to make every part of the pot The place is evenly covered with grease. In this way, the pot is basically finished.

1. Pay attention to rust prevention. The natural enemy of the iron pan is “water”. It must be boiled every time it is used up. It is best to apply a layer of oil habitually and pay attention to the dripping on the lid. , It will rust overnight.
2. Do not use iron pans to boil water as much as possible, and do not use detergents and other degreasing cleaning agents to wash the pans to prevent the thinning of the non-stick oil film and damage.

There are no reviews yet. 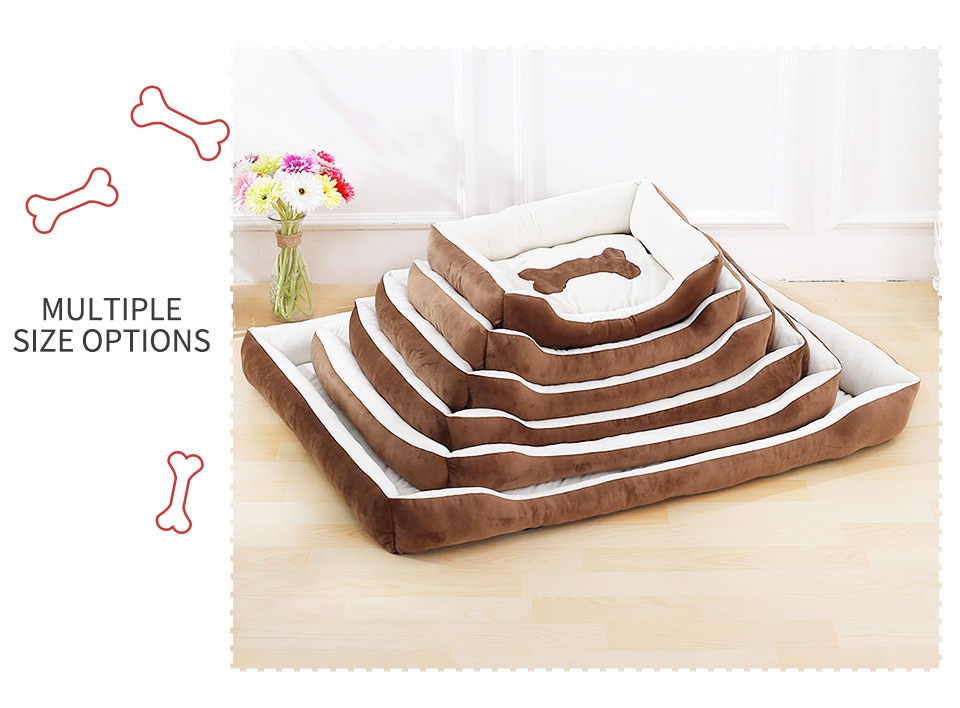